«Je prends mes désirs pour la réalité car je crois en la réalité de mes désirs» – «I take my desires for reality because I believe in the reality of my desires.» So read a famous graffito daubed on an ornate staircase at the Sorbonne during the tumultuous événements of May 1968. What was «reality»? Who defines it? How might it be imagined differently? These were pressing questions for the protestors and dissenters of 1968, and they inevitably entangled progressive artists in their wake. Calls for an alternative reality naturally appealed to creative figures committed to the radically new: «l’imagination au pouvoir» («power to the imagination» – another Parisian graffito) was a notion to which the artistic avant-garde could enthusiastically subscribe, even when they had little interest in actually joining protesting students and workers on the streets.

Yet how was this desire for an alternative reality to be practised in new music? One of the difficulties was that the year’s turmoil offered not one but multiple, often contradictory visions for change. In Paris, the struggle encompassed, on the one hand, anarchistic proclamations of «À bas le réalisme socialiste. Vive le surréalisme» («Down with socialist realism. Long live surrealism»), and on the other, the sober demands of communist trade unions. The responses of composers proved to be equally varied and incongruous. General agreement was to be had on only one thing: the «unreality» of the bourgeois concert hall, whose existence seemed wholly dedicated to cocooning its patrons from the realities of the outside world. The revolutionary task to be undertaken, then, was to break open the concert hall to the events on the streets – in the process, reviving the cherished aspiration of earlier European avant-gardes (Dada, Weimar, the Soviet constructivists) to dismantle the boundary between art and life.

This could be achieved in different ways. Most programmatically, new works could reference political subject matter or political figures. Luciano Berio’s Sinfonia (1968/69), is the locus classicus here, incorporating both slogans from the Parisian protests and an extended homage to one of the year’s most lamented casualties, Martin Luther King. Other

composers alighted upon another martyred revolutionary, Che Guevara: Guevara provided composers with inspirational texts (as in Serge Garant’s Phrases II for two orchestras (1968)), the subject for music theatre (as in the 1969 Holland Festival production Reconstructie, composed by a self-styled «guerrilla group» of Dutch composers and writers), or simply a politically freighted dedicatee (as in Hans Werner Henze’s Das Floß der Medusa (1968), whose premiere was disrupted by German student protestors). Luigi Nono’s leftist political convictions were more deeply rooted than many of his fellow composers, but 1968 nonetheless stimulated a particular documentary character in his work, with the tape piece  Contrappunto dialettico alla mente (1968) memorialising Malcolm X and setting fragments of an anti-Vietnam War manifesto by a Harlem women’s group, and its successor Non consumiamo Marx(1969) incorporating both Parisian slogans and actual recordings of the May protests.

The potential of the protests as raw sonic material was unsurprisingly seized upon by French composers in particular. Maurice Ohana’s Cris for twelve voices (1968) presents a sequence of studies of mass vocalisation, evoking the événements in onomatopoeic as well as literalistic ways (again, the chants of May play a role). François Bayle’s and Guy Reibel’s Rumeurs for massed choir, 12 performers and tape (1968) attempted a more provocative assault on the polite conventions of the concert hall, by involving all 4,000 attendees at a Provençal summer choral festival in a «manifestation» of mass singing, screaming and shouting, abetted by actors’ recitations of more slogans from the Sorbonne. A reviewer remarked how the spectacle occurred more in the audience than on the stage, and that «it was impossible to distinguish what was unexpected from what was planned». 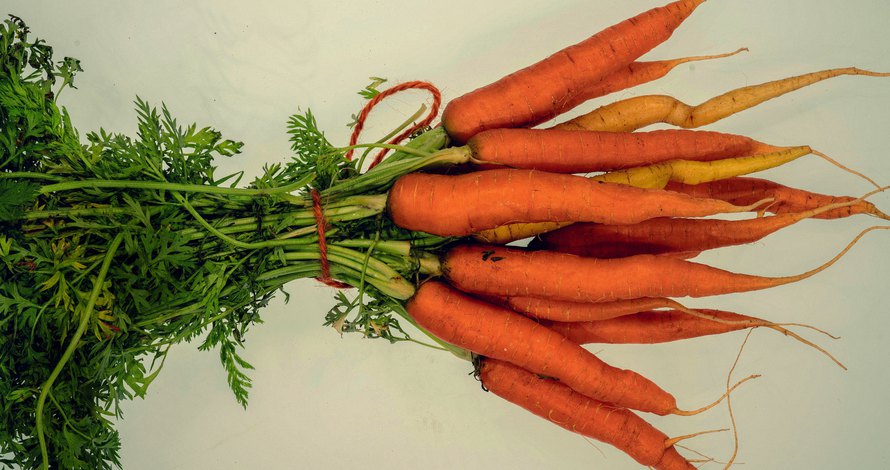 Rumeurs reflected the desire to bring outside realities into the concert hall; but it also pointed to another tendency within composers’ responses to 1968, namely the democratisation of musical production. The May events had been nourished by the French Situationists’ critique of the «society of the spectacle», which warned of a general public rendered passive and submissive by the inoculative effects of mass culture. «Are you a consumer or a participant?», read another iconic May graffito. For composers accustomed to a position of pre-eminence in the creation of new work, the call to  democratise participation could be a challenging one. One solution was to create musician collectives, in which power was distributed between all members rather than vested in a single individual. The Dutch group behind Reconstructie, for instance, comprised five composers and two writers, who claimed collective responsibility for every aspect of the work: most pages of the manuscript score show several hands at work. Such arrangements were not simply a consequence of 1968: collective composition was already a hallmark of the recently-established improvisation groups AMM and Musica Elettronica Viva, as it had been of American free jazz before that; whilst Cornelius Cardew’s Scratch Orchestra, founded in 1969, drew its inspiration as much from the egalitarianism of the hippie counterculture as from the militancy of student protest. Rather, Situationists, hippies, the 1968 protestors, and radical musicians all shared a concern, characteristic of the age, for the critique of authority and the assertion of new kinds of equality.

Other musicians went further, and sought to activate the audience. For Musica Elettronica Viva, this development emerged directly as a result of confrontational exchanges with radical students in Rome, who regarded the group’s improvisatory explorations with homemade electronics as hermetic and elitist. As a result, from the autumn of 1968, MEV began to convene open improvisation sessions in which anyone could participate. A more structured

approach to audience participation is found in Luc Ferrari’s Société V: Participation or Nonparticipation (1969). This begins with members of the audience shouting out numbers to trigger different bursts of music from the on-stage performers. But the chaos that Ferrari predicts will ensue initiates a new phase in which, first, a member of the audience is elected as «President» to represent the majority preference, and then, when the President begins to lose fellow audience members’ confidence, another audience member is elected as «Leader» of the opposition. The work’s ending is left open, the composer variously allowing for the public to occupy the stage, the musicians to declare a strike, or (in Ferrari’s words) «other possibilities that may arise spontaneously, which can then be proposed to Governments for the solution of their problems».

In this way, Société V goes beyond bringing an external «reality» into the performance space, to propose that what happens in experimental performance might help to shape a new reality outside. This impulse found more literal expression through initiatives exploring alternative venues, ones  ostensibly situated closer to everyday life. On 30 May 1968, amidst predictions that the French government was about to fall, three of the composers involved in the Dutch Reconstructie project presented new pieces in Amsterdam’s Carré Theatre, a venue associated with circus, cabaret and musical theatre rather than classical music. The concert had been planned as an attempt to create an alternative performance space to the city’s prestigious Concertgebouw, where the conservative programming of its resident orchestra held sway. But as events in Paris unfolded, the composers were emboldened to rebrand the event as a «political-demonstrative experimental concert», the demotic associations of the Carré helping to lend the impression of proximity to «the people». In Rome, the student protests of March 1968 helped consolidate and strengthen the existing network of fringe venues for experimental performance. Occasional events at the city’s small galleries and bookshops had helped nurture a lively culture of cross-disciplinary artistic experimentation involving composers, writers and artists; from 1968, spaces like the L’Attico gallery mounted more ambitious festivals that made a virtue of their neutrality with respect to established performance traditions, and the close proximity they permitted between performers and audience.

Political subjects, the noise of protest, open participation, new venues: these were some of the ways in which composers sought to connect to the changing realities of 1968. How, though, was the specifically musical element of the year’s turbulent events to be registered? Music was a prominent feature of marches, demonstrations and protest meetings, and musical preferences acted as a strong motivator for the expression of social dissent, especially amongst the young. Rock music, above all, formed the soundtrack for the global 1968 – except perhaps in France itself, where the Anglo-American counterculture was slower to take hold. As a harbinger of change, rock was hard to beat: it embodied generational difference, symbolising energy and subversion despite its commodity status.

The sounds of rock, though, were conspicuously absent from composers’ musical responses to 1968 – as, by and large, were other musics associated with the revolutionary cause, whether jazz, folk music, the chanson, or the workers’ song. Why might this be? An indication is given by composers’ comments about rock from the time. For some, rock was simply inadequate to contemporary realities, on account of its perceived lack of compositional sophistication. The young Dutch composer Peter Schat, for instance, argued that the simple harmonies and song structures of the Beatles were «not the musical expression of this time». Others attempted a more generous assessment by stressing how some rock music appropriated avant-garde strategies, such as novel timbres, montage, and experimental studio techniques. Luciano Berio, writing in 1967, praised the Rolling Stones, the Mothers of Invention and the Grateful Dead for their openness to different musical traditions, which allowed a «dynamic of inclusion» that, in a telling phrase, «accepts the reality of things as they are».

Whether read as irrelevant to the present, or as mimicking strategies that the avant-garde had already made their own, popular music required no acknowledgement in composers’ own work. It is notable, for instance, that the multiplicitous «sounding together» of Berio’s Sinfonia limits its quoted musical «realities» solely to highlights from the symphonic repertoire. But here was a case where composers’ readings of reality differed quite significantly from the activists and protestors who inspired them. For the latter, a good beat, a singable tune, and relatable lyrics were crucial components of an «engaged» music. Underlying this discrepancy was a perennial question confronting any artistic avantgarde identifying with a revolutionary cause: how to reconcile the dual commitments to aesthetic advance and social progress. Put differently: how «real» could a music that prioritised the strange and disconcerting, and shirked the commonplace, hope to be? 1968 brought no clear answers, but the question was to preoccupy composers for many years to come.

Robert Adlington holds the Queen’s Anniversary Prize Chair in Contemporary Music at the University of Huddersfield. He has written books on Harrison Birtwistle, Louis Andriessen, and avant-garde music in 1960s Amsterdam. He is also the editor of the volumes Sound Commitments: Avant-garde Music and the Sixties, and Red Strains: Music and Communism outside the Communist Bloc.