Benjamin Prins was born in 1982 in Lisieux, Normandy, the youngest of three children. As a teenager, he discovered a passion for the performing arts and dedicated himself to the study and practice of music, voice, and theater.

In conjunction with his theatrical and musical studies, he also became well acquainted with German literature—notably Goethe (Faust, Werther)—as well as with the works of Shakespeare and the Greek classics. Studying this great span of literature gave birth to his passion for language. His writings, translations, and dialogues, in particular his interpretations of Offenbach, comprise an integral part of his creative vision.

After completing his Bachelor’s degree in Law and Political Science in 2005, Prins was graduated with honors from the University of Music and Performing Arts Vienna with a major in Musical Theater Direction.

« His French and Germanic culture gives him a much wider field of vision.»

Prins began his professional artistic life as assistant director to internationally acclaimed directors including Andrej Serban at the Vienna State Opera, Johannes Weigand at the Teatro La Fenice, Benedikt von Peter at the Theater an der Wien, Waut Koeken at Opéra National du Rhin, Guy Montavon at the Shanghai Opera House, to name a few of the most notable. His collaboration with Olivier Py in 2012 for the staging of Hamlet confirmed his ambition to become a director himself.

His first production took him to France, where he directed The Beggar’s Opera by Benjamin Britten at L’Opera National de Montpellier. There, in 2014, he also founded his own theater company, Collectif Faille. With this collective of select, contemporary artists, he staged and produced Antigone by Sophocles.

« His taste for comedy, for the fantastic, his theatrical world of spontaneity and impertinence have already attracted many spectactors. »

For the next several years, Prins traveled the world as a theater director, gaining special notoriety in Germany for his critically acclaimed spectacles such as Massenet’s Werther at the Staatstheater Braunschweig (2017), Mozart’s Cosí fan tutte at the Theater Erfurt (2016),  Bluebeard’s Castle, the opera by Bela Bartok, at the Anhaltisches Theater Dessau (2016), and Gouod’s Faust at Theater Erfurt (2015).

<<A breathtaking journey into the darkness of Bluebeard's soul, directed by young Frenchman Benjamin             Prins…a luminosity of musical pathos with dark opulence…>>

His reinterpretation of Mozart’s Le Nozze di Figaro for mezzo-soprano and electric guitar is one of the most anticipated selections of 2019 for the historically significant Paris venue Théâtre de l’Athénée Louis Jouvet.

Upcoming projects include staging Jacques Offenbach’s romantic opera Fantasio for the Dutch company Opera Zuid, which will tour in fifteen theaters in the Netherlands, ending at the Cologne  Philharmonie for Offenbach’s jubilee year.

At present, Prins is writing and directing an international project commissioned by the Luxembourg Philharmonie, an original adaptation of a masterwork of the Portuguese Renaissance, The Peregrination by Fernão Mendes Pinto, with the Ensemble Sete Lágrimas.

He is fluent in French, English, German, and Italian. 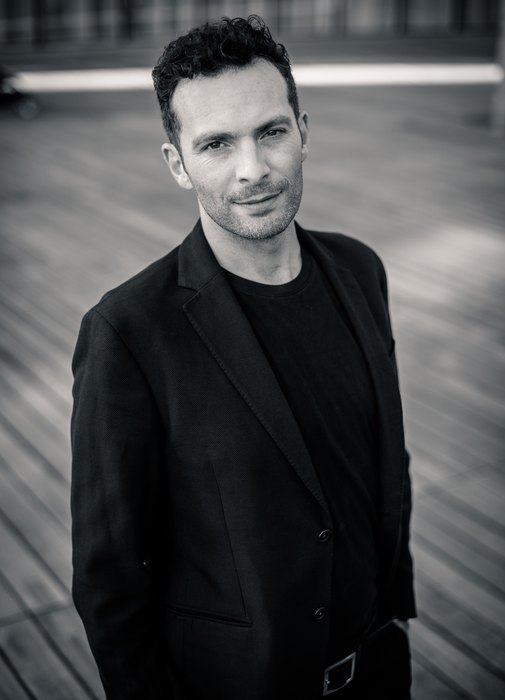