Born in 1997 in Japan, Haruka Katayama started playing the violin at the age of four. In 2019 she obtained her bachelor’s degree from the Tokyo University of the Arts (GEIDAI). She then moved to France to study at the Conservatoire à Rayonnement Régional de Paris and at the École Normale de Musique de Paris with Régis Pasquier, Richard Schmoucler and Geneviève Simonot. She got her diploma summa con laude − in soloist and orchestra player specialities. She participated in many different international competitions and festivals, for instance in the Lake District Summer Music Festival with a scholarship from the university and where she played in the final concert in 2015 and 2016. She also played as a soloist with the Kanagawa Philharmonic Orchestra and performed in many chamber music concerts in Japan. She won the Second Prize at the International Grumiaux Violin Competition in Belgium. She also won the Second Prize at the Romanian International Music Competition with her string quartet and the first prize (Gran Premio) at the Concorso MusicArte. In September 2021 she was selected to become a member of the Luxembourg Philhamonic Orchestra Academy for two seasons. She will simultaneously pursue her studies with a master’s degree at the Conservatoire National Supérieur de Musique de Paris with Roland Daugareil. 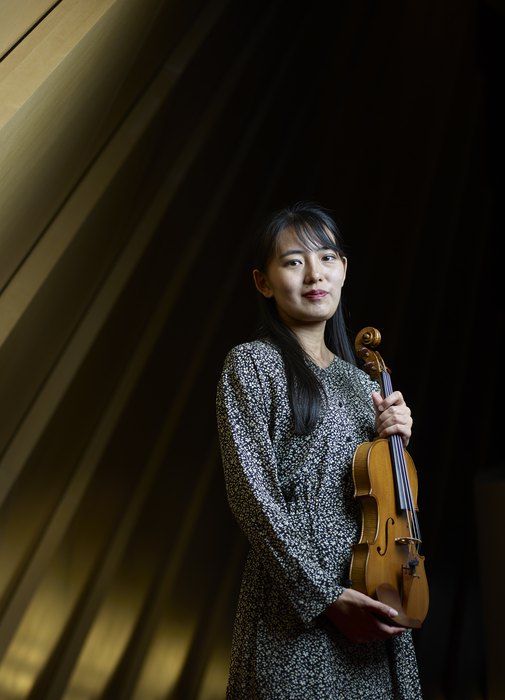