Born in St. Paul, Minnesota in 1996, Julia Vicic began playing violin at the age of three, studying with Mary Sorlie. At the age of sixteen, she switched to viola, studying first with Kenneth Freed and then with Sabina Thatcher. In 2014 she began her Bachelor studies at Indiana University, studying with Stephen Wyrczynski. After completing her Bachelor in 2018, she went on to pursue her Master at Rice University in Houston, Texas, studying with James Dunham. She is currently in her last semester of the Konzertexamen program at the Hochschule für Musik Saar in Saarbrücken, where she studies with Jonė Kaliūnaitė. During her studies, she has spent her summers at music courses such as the National Repertory Orchestra, where she won the solo competition and performed Miklós Rózsa’s Concerto for Viola and Orchestra, the Aspen Music Festival and School, the Schleswig-Holstein Musik Festival, the Sarasota Music Festival, and the Texas Music Festival. She has played as a substitute in orchestras such as the Louisville Orchestra and the Orchestre Philharmonique du Luxembourg. In March 2020, she won the silver medal in the Strings Division of the Young Texas Artists Music Competition. She became a member of the Luxembourg Philharmonic Orchestra Academy in January 2022. 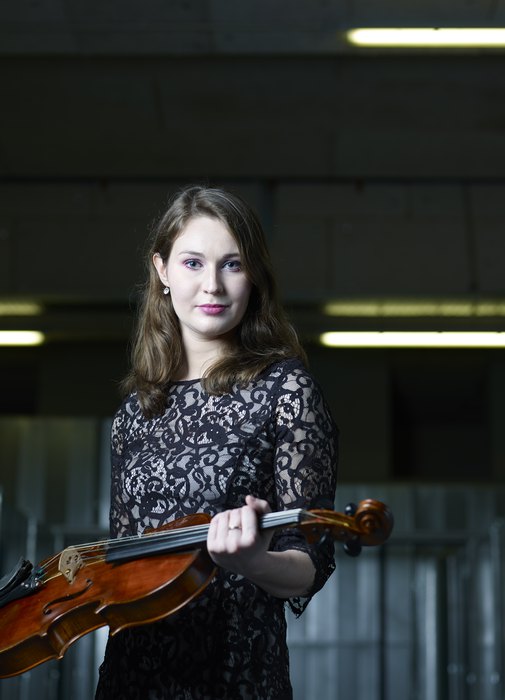