Born in Nancy in 1997, Lucas Henry took his first cello lessons from Sébastien Robert at the conservatory in his hometown, going on to receive his first diploma from the Dijon Conservatory with honours, having studied with Laurent Lagarde. He continued his studies for one year at the Paris Conservatory, where he studied with Thomas Duran, before moving on to the Conservatoire National Supérieur de Musique in Lyon in 2016, where Yvan Chiffoleau and Pascal Jemain taught him. During the 2021/22 season, he is supported as part of Tchaïkovski – Jeunes Talents of the Académie Musicale Philippe Jaroussky, working with Christian-Pierre La Marca. Starting with the 2021/22 season, he is a member of the Luxembourg Philharmonic Orchestra Academy. As a soloist and chamber musician, he has participated in the Virtuoso & Bel Canto Festival, the Festival Pablo Casals, in Musique à Flaine and Musicales en Folie. He works regularly with his chamber music partner Marc Danel. As soloist he has performed with the Orchestra of the Société Philharmonique de Dijon, the orchestra of the Conservatoire National Supérieur de Musique Lyon and the Orchestre National des Pays-de-la-Loire. In 2016 he met Gautier Michel and Stasys Makštutis, with whom he founded the Trio Sokas. Its inclusion of the clarinet enables them to explore a unique and often unknown repertoire. The trio has given concerts in France, is a winner of the competition Jeunes Talents in Paris and has been accepted for the master’s degree course in chamber music at the Conservatoire National Supérieur de Musique Lyon. Lucas Henry has participated in master courses with Frans Helmerson, Peter Bruns, Wen-Sinn Yang, Marc Coppey and François Salque. He regularly plays as a substitute with the Orchestre de l’Opéra National de Lorraine, the Orchestre National de Lyon and the Orchestre de l’Opéra de Saint-Étienne. In 2017 he won the second prize at the Épernay Strings Competition; he also holds a fellowship from Mécénat Musical Société Générale. Lucas Henry plays a cello built in 2013 by Günter Siefert. 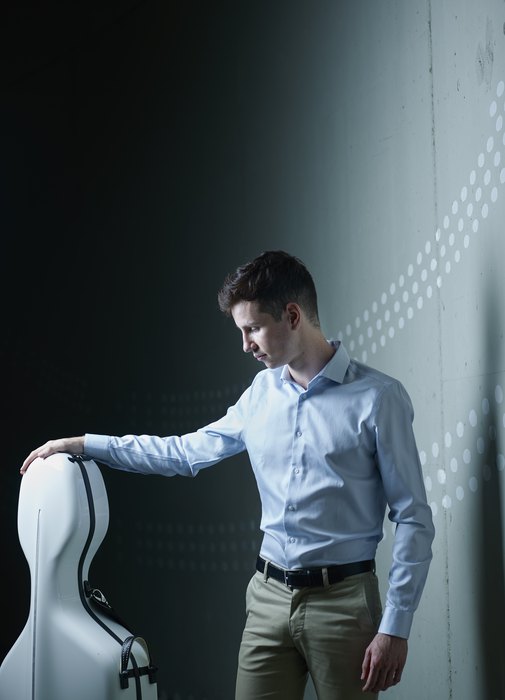