Descended from a distinguished line of Liège musicians, Philippe Koch studied music at the conservatory of his home town, where he obtained diplômes supérieurs in violin and chamber music with the highest distinction. He was awarded both the Prix Parent and the Prix Charlier. He went on to further studies under the masters Christian Ferras, Pierre Amoyal, and Arthur Grumiaux (with whom he studied for six years). Now leader (concertmaster) of the Orchestre Philharmonique du Luxembourg, he also has a parallel career as a soloist throughout Europe, the United States, Canada, South America, and Japan, where he is invited every year and has performed at the Imperial Palace. His international career as a soloist has given him the opportunity to perform with many orchestras, alongside renowned conductors, including Juri Ahronovitch, Carl Davis, Alexander Dmitrijew, Louis de Froment, Leopold Hager, Paavo Järvi, Emmanuel Krivine, Sebastian Lang-Lessing, Louis Langrée, Georges Octors, David Shallon, Michael Stern, Michel Tabachnik, Bramwell Tovey, André Vandernoot, and Ronald Zollman. Keen to explore the wealth of the chamber music repertoire, Philippe Koch has played a great variety of works with, for example, the Trio Grumiaux, which he founded with Luc Dewez (cello) and Luc Devos (piano), the Brussels String Quartet, of which he is first violin (with Tomiko Shida, Yves Cortvrindt, and Luc Dewez), and the Quatuor Louvigny (with Ilan Schneider, Aleksandr Khramouchin, and Fabian Perdichizzi). He also plays regularly in other line-ups, with a variety of partners, including Daniel Blumenthal, Gerard Caussé, Abdel Rahman El Bacha, Marc Grauwels, France Springuel, Anne Froidebise, Pavel Gililov, Maria Kliegel, Alain Marion, Alexander Müllenbach, Ivan Monighetti, Kazushi Ono, Francis Orval, Jean-Claude Vanden Eynden, and Sonia Wieder-Atherton. He founded the Trio Koch, with his daughter Laurence Koch (violin) and his son Jean-Philippe (piano). Taking a close interest in the development of contemporary music, Philippe Koch participates in a number of relevant festivals and frequently gives world premieres of contemporary works, especially in Switzerland (works by Bolens and Almada), Luxembourg (Wengler), and Belgium (Van Rossum and Fayt). He is also interested in teaching the violin and holds the position of Violin Professor at the Conservatoire Royal in Liège; he also often gives master classes in Belgium, France, Luxembourg, and Japan. He has made many recordings for radio, in, for example, Belgium, Luxembourg, Spain, Switzerland, France, Chile, Macedonia, the Netherlands, Hungary, and Quebec. Several of his recordings on disc (of which there are 27 in total) have received awards from the international press, including Diapason’s Diapason d’Or, the «Choc» awarded by Le Monde de la Musique, «Recommandé» from Répertoire and Classica, Pizzicato’s «Supersonic», and four stars from Le Monde de la Musique. In 2009, he was a member of the Artistic Committee and of the preselection jury of the Queen Elisabeth Music Competition; in 2012, he was a member of the Competition’s Artistic Committee and of its jury for all rounds of the competition in Brussels. Since September 2012, he has been President of the Arthur Grumiaux Foundation. Philippe Koch was made a Chevalier de la Couronne de l’Ordre Civil et Militaire de la Famille de Nassau by Grand-Duke Henri of Luxembourg. He was made a Knight of the Order of Leopold in June 2013. In March 2013, he played in Seoul, accompanied by the Korean Chamber Orchestra; in June, he performed works by Henri Vieuxtemps, accompanied by the National Symphony Orchestra of Algeria. 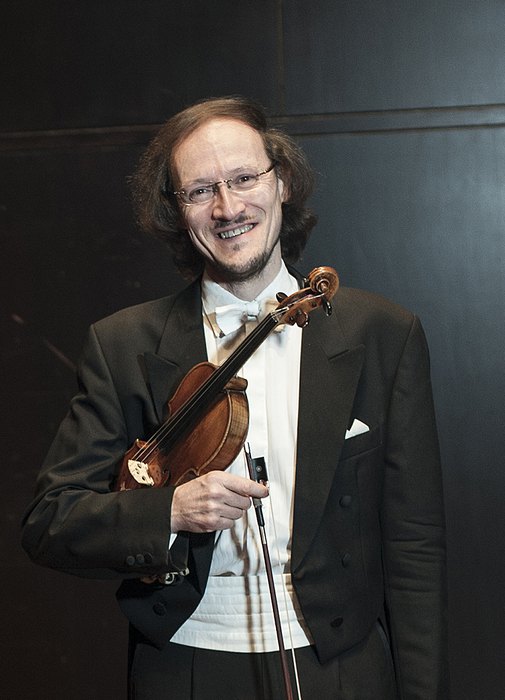