Gilles Desmaris was born in the département of the Ain in 1962 to craft worker parents – his father an enthusiastic amateur accordionist, his mother anything but, but tolerant. He began playing the accordion at the age of six and began performing at dances (bals populaires), just about every Saturday night, at the age of twelve; he continued to do so until he was eighteen. An inevitable, long-haired guitar interlude began at sixteen and was followed by the electric bass. At eighteen, he discovered the double bass. Enthusiastic about his new instrument, he abandoned his studies after secondary school – a decision accepted with trepidation by his parents. He gave up playing at dances, found a job as a dormitory supervisor for three nights a week, and spent all his daytime hours practising the double bass for six whole years, with a diligence his parents found disconcerting. In 1986 he was successful in a competition to join the Orchestre National de Lorraine. In 2001, following another competition, he joined the Orchestre Philharmonique du Luxembourg. 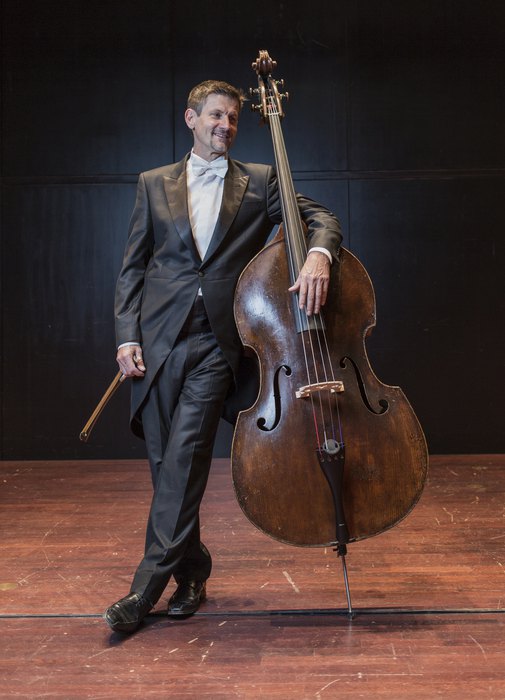