Isabelle Vienne was born into a musical family in Strasbourg, to a double bass-playing father and a violinist mother. Initially, she learned the piano, but soon turned to the double bass. She studied at the CNR in Strasbourg, where she was taught by her father. She was awarded a first prize in the double bass, a first prize in theory, and a first medal in acoustics and the study of sound. Initially she worked as a freelance, performing, for example, in Strasbourg alongside Alain Lombard and later in concerts in Fribourg, Metz, Montpellier, and Luxembourg. She joined the Orchestre Philharmonique du Luxembourg as a permanent member in 1996. 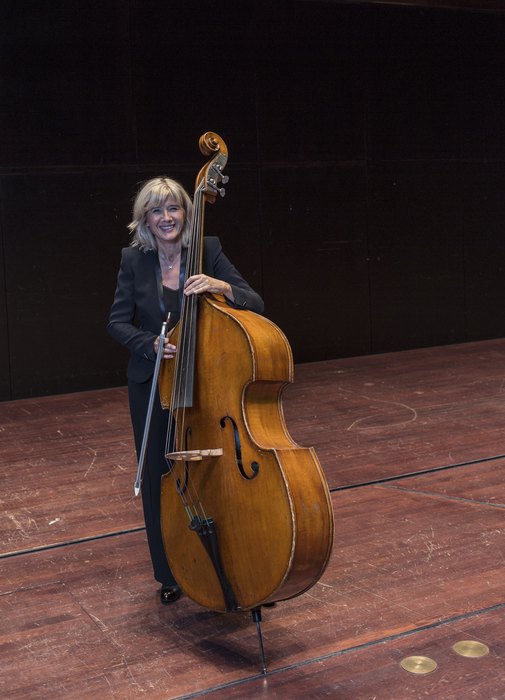