Born in Caen in 1985, Etienne Buet discovered and started studying the bassoon at the age of ten. He obtained first prize, awarded unanimously, at the ENM in Alençon in 2003. That same year he was admitted, by unanimous decision, at the top of the list, to Laurent Lefèvre and Julien Hardy’s class at the Conservatoire National Supérieur de Musique et de Danse in Lyons. In 2004, he was unanimously chosen to receive the scholarship of the Concours des Jeunes Talents de l’Ouest, organised by the Orchestre de Bretagne, with which he performed as a soloist in a five-concert tour conducted by James Judd. In 2005, he was chosen to take part in the sessions of the Orchestre Français des Jeunes. Etienne Buet was invited on a number of occasions to play in the Orchestre National de France under Kurt Masur. In 2007, he was third laureate of the Concours International des Jeunes Interprètes (open to players of the oboe, clarinet, and bassoon), which led to a series of six concerts as a soloist in Paris. In June 2008, he was awarded first prize in the bassoon at the Conservatoire National in Lyons, with the (unanimous) distinction, “très bien”. In March 2009, he was appointed bassoon co-soloist of the Orchestre Philharmonique du Luxembourg under Emmanuel Krivine. He is regularly invited to play in Bandart, an international orchestra based in Spain, led by Gordan Nicolitch. 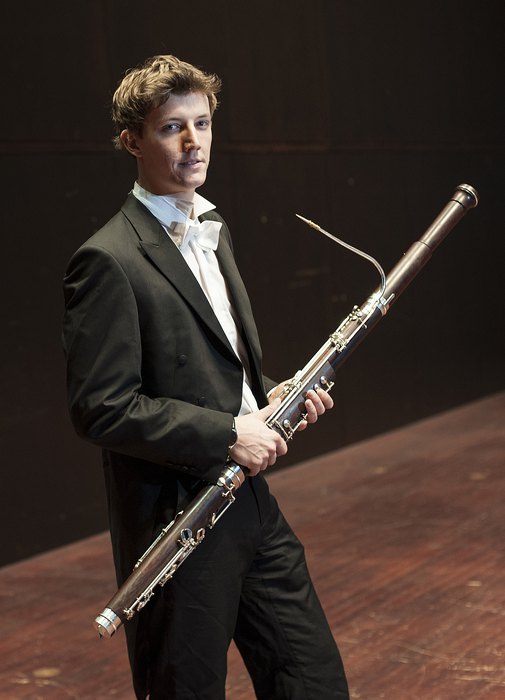