Choul-Won Pyun grew up in Solingen, Germany, where he started at the age of 6 playing piano, accordion and cello, but soon developed a fascination for the deep, rich tone of the doublebass and decided to focus his studies on that instrument. After playing doublebass for four years Choul-Won joined the Solinger Symphony Orchestra in 1994 for his first engagement with Beethoven's IX Symphony which inspired him to pursue an orchestral career. He subsequently moved to Wuerzburg to study under Prof. Michinori Bunya, a celebrated virtuoso doublebass soloist, where he graduated with „summa cum laude“ and undertook postgraduate studies in 2001. During his studies he played in many orchestras with whom he toured South America, South Africa and Europe and won several prices in national and international competitions in Portugal, Italy and Germany. Choul-Won began his professional career as a Doublebassist in Frankfurt where he joined the Frankfurt Opera Orchestra (Germany) in 2003 and became Sub-Principal one year later. Since 2008 he has been appointed Principal Doublebass of the Qatar Philharmonic Orchestra (QPO) and in 2014 he was selected by Emmanuel Krivine to join the Orchestre Philharmonique du Luxembourg (OPL). In the past few years he has also been invited as a Guest Principal Doublebassist with various orchestras and chamber ensembles in the United States of America, Europe and Asia and has appeared several times as soloist with the Korean Symphony Orchestra Germany and the QPO, receiving unanimous positive reviews from the press. Choul-Won is a dedicated teacher and in recent years he was active in this field in Germany near Frankfurt, at the American School of Doha (Qatar) and in Korea (Daegu, Seoul). He encourages young players to achieve a balanced combination of highly developed skills (technical and musical) and the understanding of the role as a doublebassist inside the orchestra, chamber music ensemble or as a soloist. 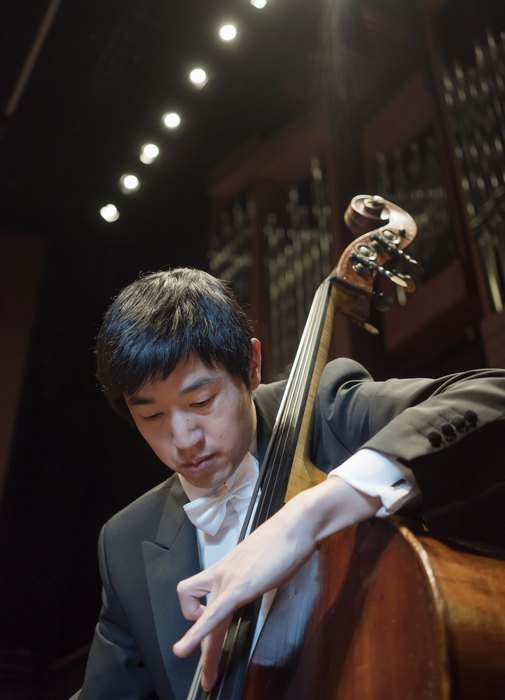