Guillaume Lebowski was born in the Vosges region in France in 1983. He started learning the trombone at the age of ten with Paul Lallement and later continued his studies at the CNR in Metz. He studied further under Alain Manfrin at the CNSM in Lyons and was later taught by Vincent Debès, bass trombonist of the Orchestre Philharmonique du Luxembourg, whose desk partner he is today. In 2005, he joined La Musique de l’Arme Blindée Cavalerie, a military ensemble based in Metz, in which he held the post of Principal Trombone; he played as a soloist with the ensemble on many occasions. In September 2013, he was appointed Principal Trombone at the Opéra National de Lorraine; spending one season in the position before joining the Orchestre Philharmonique du Luxembourg in September 2014. While training as a classical musician, he was also frequently invited to play in jazz ensembles; he performs regularly with several European contemporary-music ensembles and appears on many recordings. From 2012 to 2015, Guillaume taught at the Conservatoire de la Ville de Luxembourg. 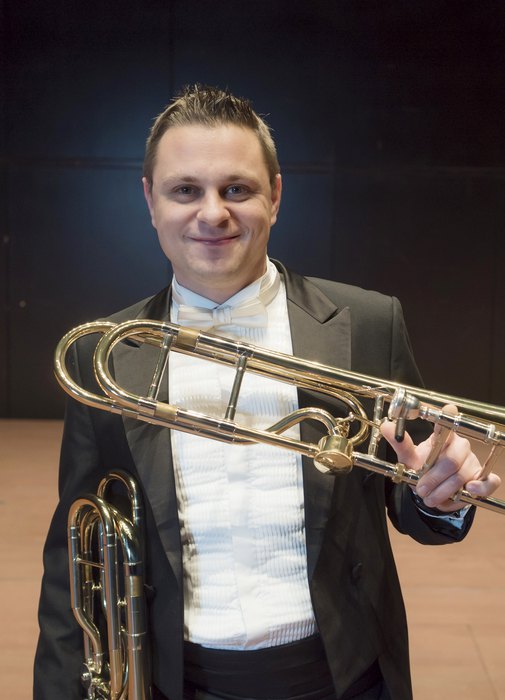