Markus Brönnimann has been the Orchestre Philharmonique du Luxembourg’s principal flute since 1998. He was born in Switzerland and studied first with Günter Rumpel at the music college in Zurich and continued his studies with Michel Debost in the USA and with Renate Greiss-Armin in Karlsruhe. During this time, he was awarded the prize of the Migros-Genossenschaftsbund.

By joining the Junge Deutsche Philharmonie, Markus Brönnimann gained a first experience in orchestra playing, before being appointed as principal flute in the NDR Radiophilharmonie Hannover and the Philharmonisches Orchester Hagen/Westfalen.

A passionate chamber music musician, he is a member of the Ensemble Pyramide which has its own concert series in Zurich, and he is regularly invited to festivals all over the world. He performs regularly at the Rheingau Festival and at the Schleswig-Holstein-Musikfestival, and also further afield in China and at the Cape Classics in South Africa.

A strong wish of Markus Brönnimann is to constantly increase the repertoire of his instrument. His extensive discography reflects his versatile and open attitude towards different musical genres. By recording for example Théodore Gouvy’s serenades, he contributed to the rediscovery of these works. Contemporary music and its interpretation are also very important to him. He has, for instance, worked with composers such as Peter Eötvös, Sylvano Bussotti, Elena Firsova, Rudolf Kelterborn and Gao Ping.

Markus Brönnimann’s musical interest is not only focused on flute playing. In recent years he has arranged more than 25 works for Ensemble Pyramide including works by Wolfgang Amadeus Mozart, Franz Krommer, Maurice Ravel, Gabriel Pierné and Claude Debussy that have been published on CD. Furthermore he composes and sets his own texts to music. 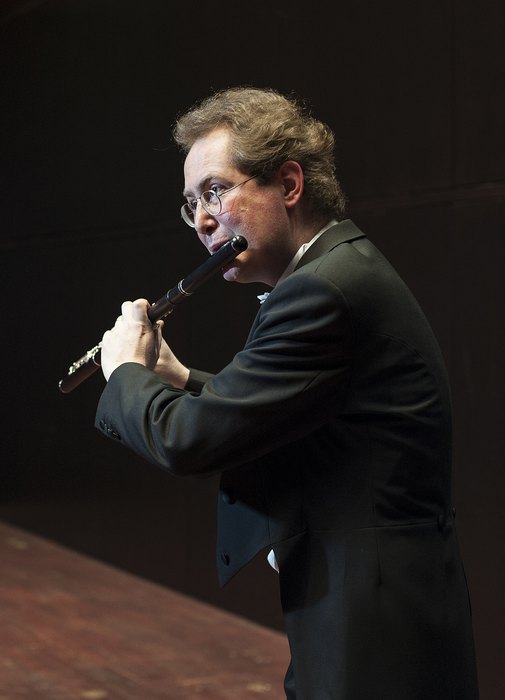