Christophe Nussbaumer was born in Basle in 1970. Although born in Switzerland, he spent the first 27 years of his life in Alsace. He was educated and first studied music in the département of the Haut-Rhin, where he obtained a music baccalaureate and a gold medal, degré supérieur, in the flute. He then spent some years at the Musik-Akademie Basel and at the Haute Ecole de Musique in Geneva, where he obtained teaching and (later) orchestral qualifications and won first prize for virtuosity. He was taught the flute by Matthieu Gutbub, Felix Manz, and Maxence Larrieu. His musical education was enhanced by participation in a variety of courses and master classes given by flautists such as Philippe Bernold, José-Daniel Castellon, Alain Marion, Trevor Wye, and James Galway. His considerable orchestral experience (especially in Basel and Lausanne) gave him a taste for working in large ensembles, without ever abandoning chamber music, which he has played throughout the last twenty years and more. Christophe Nussbaumer joined the OPL as solo piccolo in 1998. 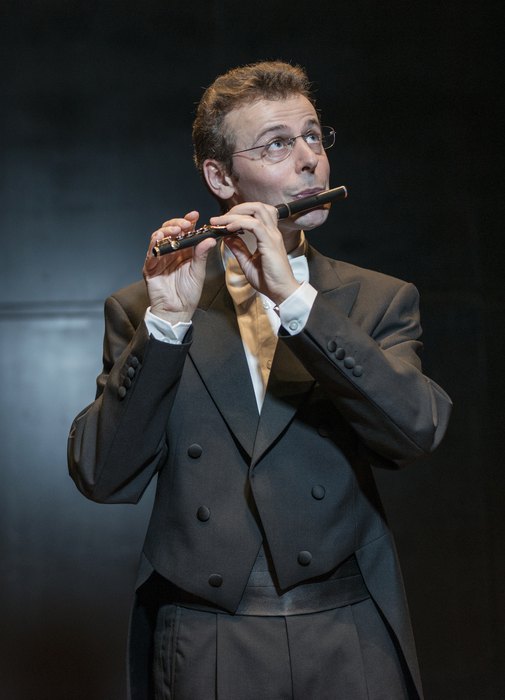