After two years studying at the Warsaw Academy of Music, in 1989, he won an international competition and was accepted to attend Eastern Music Festival. During the festival, he was awarded a scholarship by Yale School of Music to study at Yale University. Later, while undertaking doctoral studies at State University of New York, he taught chamber music, double bass and worked as a sound engineer and conductor. He played chamber music concerts with Izaak Stern and Alexander Schneider, a member of the Budapest String Quartet, with whom Dariusz Wisniewski performed in the Carnegie, Avery Fisher Hall and John F. Kennedy Center in Washington, D.C.

Returning to Europe, he worked as solo/assistant solo bassist with Malmö Opera, Kammerphilharmonie Schleswig-Holstein Musik Festival, Mahler Chamber Orchestra, and Philharmonia Orchestra, London. Since 1998 he has been a member of the Orchestre Philharmonique du Luxembourg.

Upon graduating from the Liege Royal Conservatoire in Belgium with conducting diploma, he also completed his US Doctoral Degree. He has led orchestras in Germany, Hungary, Belgium, United States, Australia, New Zealand and Poland.

Dariusz Wisniewski recently completed a post-graduate degree in Arts Management at the Warsaw School of Economics. 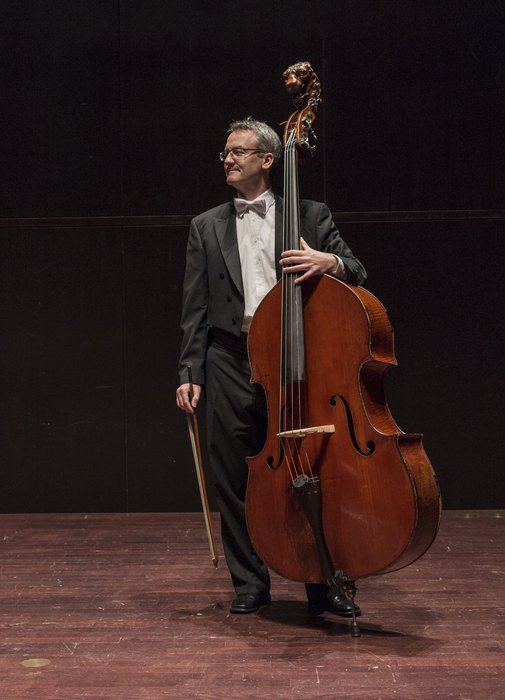