Lithuanian-born Ilan Schneider received his initial musical education in his home town, Vilnius. At the age of 15, he went on to further studies at the Rubin Academy of Music in Tel Aviv, where he was awarded the first prize in the Rubin Academy violin competition in 1989. He studied further in Vienna under Günter Pichler and Thomas Kakuska (of the Alban Berg Quartett) at the Universität für Musik und darstellende Kunst. A pupil since 1997 of the viola virtuoso Michael Kugel, just one year later he won the first International Viola Competition in Vienna. In 2003, he received his Konzertdiplom with the highest distinction from the Royal Conservatory in Ghent. He performs regularly in international concert halls as a soloist with renowned orchestras and as a chamber musician. Ilan Schneider is first solo viola player with the Orchestre Philharmonique du Luxembourg and is a member of the Quatuor Louvigny. He frequently gives master classes in Germany, Belgium, the Netherlands, Italy, Croatia, Lithuania, Israel, and the USA and serves as a member of the jury at international viola competitions. His numerous solo and chamber music recordings have won international awards, including the Diapason d’Or and the Strad Selection. Since 2013, Ilan Schneider has taught at the Internationales Konservatorium am Phoenixsee, Dortmund. 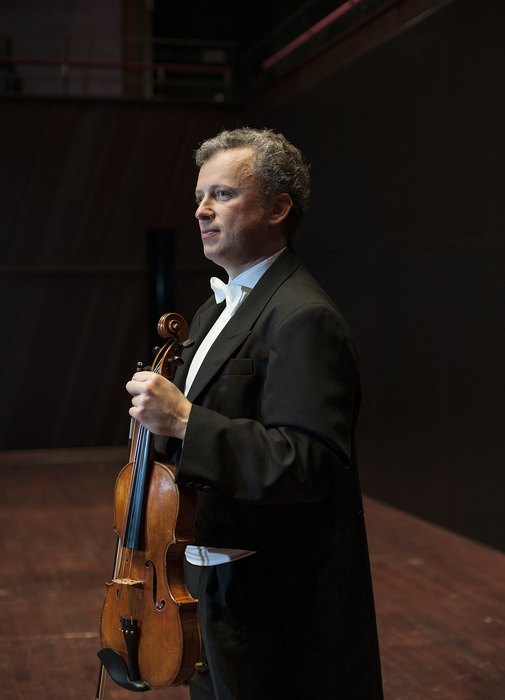