Jean-Marc Apap first studied the viola at the age of six at the CNR in Nice, from which he emerged with a first prize in viola and chamber music. At 17, he started at the CNSM in Lyons, studying under Gérard Caussé for two years before succeeding in the competition for admission to the prestigious Curtis Institute of Music in Philadelphia, where he was taught by Joseph De Pasquale, then first viola with the Philadelphia Orchestra. In 1989, he moved from the Curtis Institute of Music to Indiana University for further studies of chamber music under teachers such as Starker, Sebok, Gulli, and Pressler. In 1990, he returned to France, where he became a member of a number of classical, jazz, and world music ensembles. He took part in the world premiere of Glenn Gould’s String Quartet, with which he toured Europe, the United States, and Canada. He recorded three albums (released on Sony Classical), which he also arranged, with the Transylvanian Mountain Boys. He continued to play a wide variety of music, recording and performing with, among others, Ray Charles, Michel Legrand, Sammy Davis Junior, Johnny Halliday, Georges Benson, the Rita Mitsouko, and Ben Harper. He also appeared with Nana Vasconcellos at the Paris Jazz Festival and took part in an international tour – a tribute to Astor Piazzolla – of major venues in Europe and Asia with Richard Galliano, of which a CD and DVD were released on Dreyfus Jazz. His career continued with a series of concerts as a soloist and in 2006 he recorded an album, for Zig-Zag Territoires, on which he played Bach’s First and Second Cello Suites on the viola. Until late March 2009, he filled a temporary vacancy in the Quatuor Elysée. In September 2009, he joined the Orchestre Philharmonique du Luxembourg, under Emmanuel Krivine as Music Director. Since joining the OPL, he has also become a member of the Kreisler Quartet, with which he has appeared in concert in France and elsewhere. In 2010, he undertook a new series of concerts as part of a Richard Galliano project devoted to the music of Bach, which was recorded by Deutsche Grammophon. 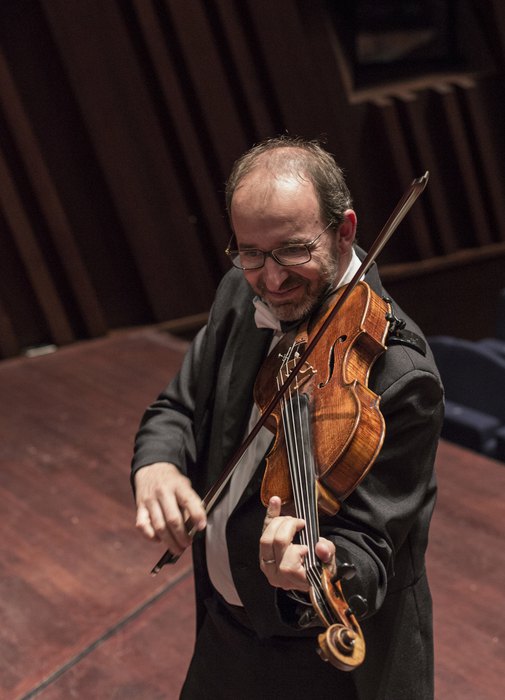