Born into a family of musicians (for three generations), Fabrice Mélinon began his studies in Grenoble under Jean Monchanin. Later, after a year of further studies under César Ognibene in Valence, he entered the Conservatoire National Supérieur in Lyons, where he was taught by Christophe Gayot and Guy Laroche and graduated with a unanimous first prize. The following year, he was awarded first prize in the third chamber music cycle, specialising in the reed trio. After spending time in a number of orchestras, including the Ensemble Instrumental de Grenoble, the Orchestre de Bretagne, and the Orchestre National du Capitole de Toulouse, he became a permanent member, as solo oboe, of the Orchestre Symphonique de RTL in Luxembourg, which later became the Orchestre Philharmonique du Luxembourg. He taught for ten years at the Conservatoire du Nord in Ettelbruck; fascinated by instrument-making, he also served as tuner for Fossati for 17 years. A genuine all-rounder, he has also played period instruments in specialist orchestras such as La Chambre Philharmonique and Anima Eterna. His discography includes works by Telemann, Reinecke, Ohana, Dartevelle, and Wengler, as well as a disc devoted to the reed trio. His repertoire, thus, is varied and eclectic. Fabrice Mélinon is a laureate of a number of competitions, both in France and elsewhere, including those of Paris, Arras, Illzach, and Montpellier. He holds the Diplôme national d’études supérieures musicales and the Diplôme d’état as an oboe teacher. 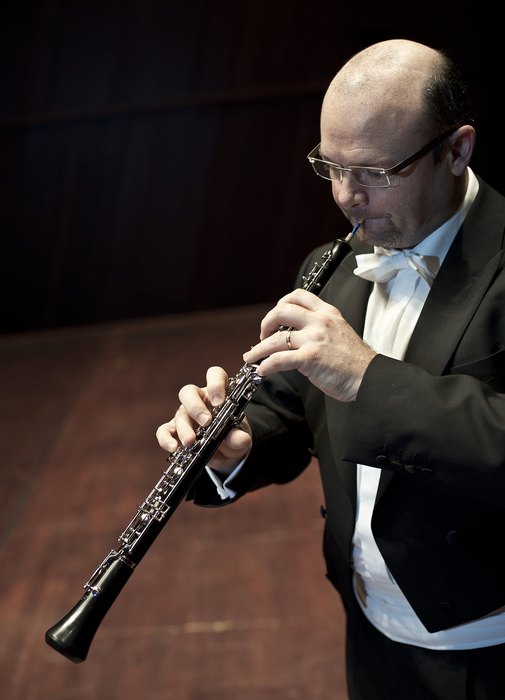