Haoxing Liang was born in China. He began playing the violin at the age of six. After his studies at the Chinese State Conservatory of Music in Beijing, he completed his studies in 2001 at the Vienna Music University and became Magister artium. He is a prizewinner of the Vaclav Huml International Violin Competition in Zagreb. As a soloist, he has performed extensively in Austria, Italy, Hungary, the Czech Republic, Germany, and China, giving recitals as well as working with leading Russian orchestras. He has participated in the Andrei Sakharov Festival and the East Belgium Festival. Musicians such as Dora Schwarzberg, Ivry Gitlis, Roby Lakatos, Polina Leschenko, Walter Delahunt, Yuri Smirnov, Jorge Basso, and Alban Gerhardt are his chamber music partners. In October 2013, he was part of Semana Musical Llao Llao in Argentina. From 1996 to 1999, Haoxing Liang was leader (concertmaster) of the Berlin Symphonic Orchestra (Berliner Symphoniker). In this period, he also worked with conductors such as Claudio Abbado, Kent Nagano, and many others with the Berlin Philharmonic Orchestra. As a guest leader, he works with orchestras such as that of the Komische Oper Berlin, the Deutsche Radio Philharmonie (SR), and the Bochumer Symphoniker. Since 1999, Haoxing Liang has been first leader of the Orchestre Philharmonique du Luxembourg (OPL). Along with Misha Maisky, he was a soloist on the OPL’s Asia tour in 2003. He teaches violin and chamber music at the Conservatory of Music in Esch-sur-Alzette, Luxembourg. Haoxing Liang has recorded the complete chamber music of Gabriel Pierné (on Timpani), as well as works by Vincent D’Indy (Timpani). With the Kreisler String Quartet, which he founded with Silja Geirhardsdottir, Jean-Marc Apap, and Niall Brown, he has also recorded works by Théodore Gouvy. 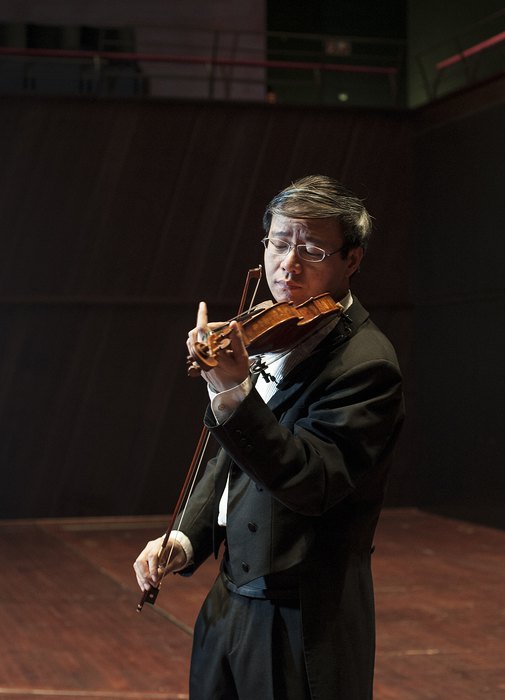