Born in Aberdeen, Scotland, Niall began the cello at the age of six. Shortly afterwards, his talent was recognised by Yehudi Menuhin, who invited him to join his school near London under the guidance of the distinguished cellists Maurice Gendron and William Pleeth. Completing his studies with Ralph Kirshbaum and Radu Aldulescu at the International Menuhin Music Academy, Niall went on to be a prizewinner at both cello and chamber music competitions in Britain and Holland. His passion for chamber music has allowed him to perform alongside such artists as Yehudi Menuhin, János Starker, Bruno Giuranna, Alberto Lysy, Stephen Kovacevich, Michel Dalberto, and Edith Fischer, among others, in Europe, Asia, Australia, the United States, and South America and as a guest artist at the Menuhin Festival Switzerland, the Haydn Festival Eisenstadt (Austria), the Singapore Chamber Music Festival, the Semaine Internationale de Piano (Switzerland), the Deeside Festival Scotland, and the Festival Lysy Buenos Aires (Argentina). For a period of eight years, Niall was the cellist of the prestigious Australian String Quartet, performing all over Australia, Asia, and Europe. He has also been a member of and performed as a soloist with Camerata Bern, the Scottish Ensemble, Camerata Lysy Gstaad, and the Orchestre de Chambre de Lausanne with such conductors as Jesús Lopez Cobos, Milan Horvat, Alberto Lysy, and Thomas Füri. For two decades, Niall has been duo partner with the pianist Isabelle Trüb, performing a large part of the repertoire to critical acclaim around Europe, Australia, and South America. The Trüb-Brown duo has made several CDs and has been regularly broadcast on the radio in a number of countries. Niall has held the positions of professor of cello and chamber music at the International Menuhin Music Academy, Switzerland, and of cello at Adelaide University, Australia. Currently Co-Principal Cellist of the Orchestre Philharmonique du Luxembourg, Niall remains very active, performing regularly as the cellist of the Dohnanyi Quartet (Switzerland) and the Kreisler Quartet (Luxembourg) and with the Trüb-Brown Duo. Niall has recently been appointed cello professor at the International Menuhin Music Academy; he conducts a chamber music class at the Conservatoire du Nord in Luxembourg and gives an annual summer course as part of the Semaine Internationale de Piano in Switzerland; he is also invited to give master classes at many other music institutions in Europe and elsewhere. Niall is also founder and Artistic Director of the Automne Musical d’Ollon, a festival dedicated to all forms of music-making in Ollon, Switzerland. 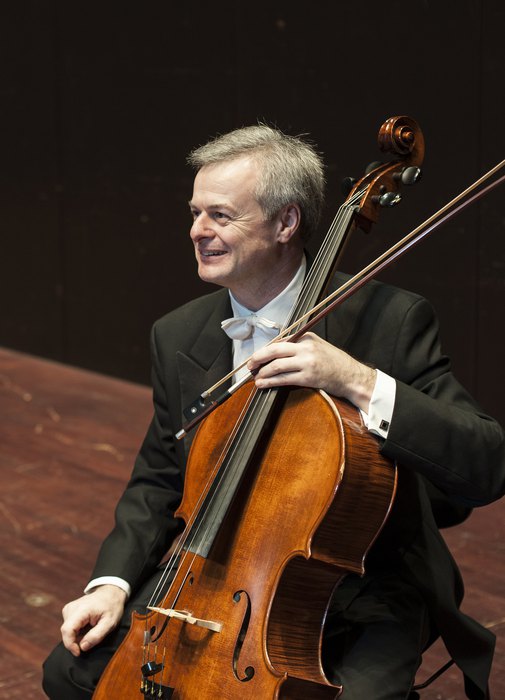