Simon Stierle was born in Sonthofen and completed secondary school, with extra musical studies, in Marktoberdorf. After a year as a Jungstudent, he began his percussion instrument studies in 1993 at the Hochschule für Musik und Theater in Munich under Peter Sadlo, graduating in 1997 with distinction and receiving a one-year scholarship from the German Academic Exchange Service. This enabled him to study in the Master’s Program at the Manhattan School of Music in New York under Chris Lamb and Duncan Patton. Back in Munich, he received his Meisterklassendiplom in 2000. He pursued his soloist activities, winning prizes in Jugend Musiziert and the Deutscher Musikwettbewerb and appearing in the “Konzerte junger Künstler” series. This was followed by a period as a trainee percussionist with the Rundfunkorchester des SWR in Kaiserslautern. Since 2000, he has been a permanent member of the Orchestre Philharmonique du Luxembourg, firstly as deputy solo timpanist and percussionist and since 2007 as solo timpanist. He also enjoys playing in a number of baroque ensembles on period instruments, which he also likes to restore himself, and in a variety of chamber music line-ups. Simon Stierle is married and has two children; he enjoys canoeing and mountain biking. 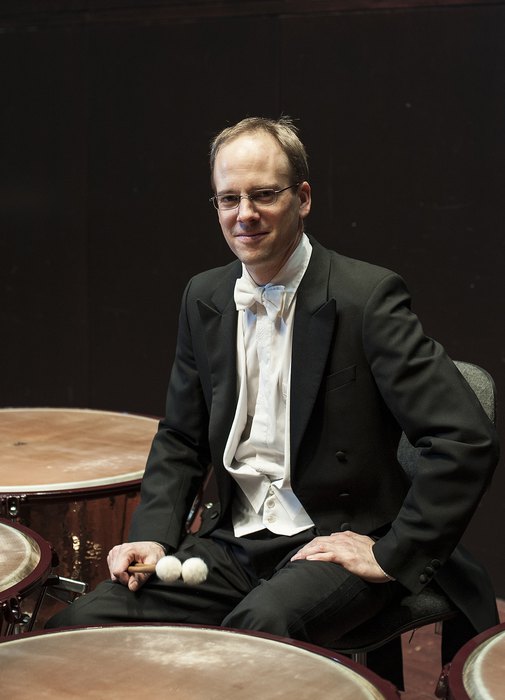