Born in Bulgaria in 1977, Aram Diulgerian began his musical studies at the age of five. In 1996, he was admitted to the Royal Conservatory in Brussels, where he was taught by Paul De Clerck and graduated with a number of important distinctions. From 2002 to 2007, he was solo viola in the Flanders Symphony Orchestra; from 2004 to 2007, he also played in the orchestra of the Verbier Festival, alongside many world-famous soloists and conductors, including James Levine, Valery Gergiev, Yuri Timerkanov, Christoph von Dohnányi, Daniele Gatti, Herbert Blomstedt, Esa-Pekka Salonen, Gianandrea Noseda, Charles Dutoit, Gustavo Dudamel, Michael Tilson Thomas, Paavo Järvi, and Klaus Peter Flor. From 2007 to 2008, he was a member of the Orquestra de la Communitat Valenciana (resident at the Palau de les Arts Reina Sofía in Valencia), under Lorin Maazel and Zubin Mehta. He joined the Orchestre Philharmonique du Luxembourg in September 2009. 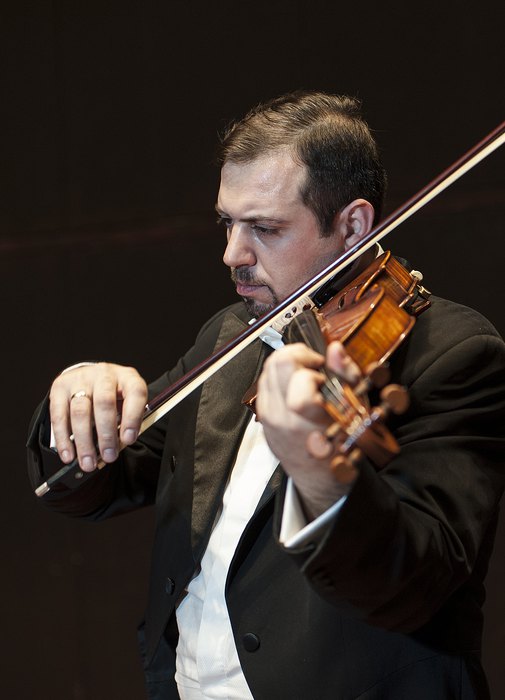