Born in 1990, Hélène Boulègue decided at a very early age that she wanted to become a professional flautist. After finishing her schooling and her musical course in Nevers, she went on to study at the Conservatoire à Rayonnement Régional in Paris with Vincent Lucas and, later, at the Conservatoire National Supérieur de Musique et de Danse in Paris under Pierre-Yves Artaud and Florence Souchard. She finished her studies in the class of Renate Greiss-Armin at the Karlsruhe Hochschule für Musik. She was appointed to the position of second flute of the Orchestre Philharmonique du Luxembourg early in 2010. Since then, she has played an active part in musical life in the Greater Region and is regularly invited to step in for other musicians by the Orchestre de Chambre du Luxembourg, the Chapelle St. Marc, and Theater Trier. She has also been invited to play with the Chambre Philharmonique, the Orchestre de Paris, the Berliner Philharmoniker and the Chamber Orchestra of Europe. Hélène Boulègue’s music-making is not limited to orchestras: she also loves playing chamber music. She has taken part in the Internationale Fredener Musiktage and made a big impression with the orchestra’s percussionists at a concert organised by Les Amis de l’OPL. In May 2015, she was awarded the second prize at the Prague Spring International Music Competition. 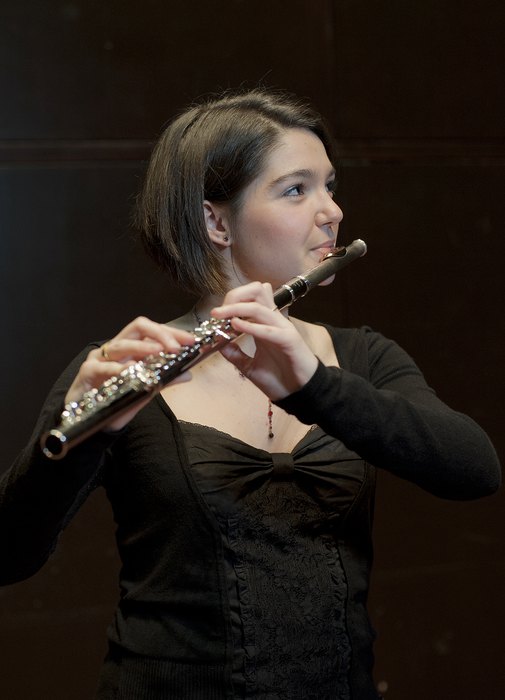