Klaus Brettschneider is a percussionist in the Orchestre Philharmonique du Luxembourg. He began his musical career as a soloist in the Tölzer Knabenchor, which meant that even as a child he had the opportunity to sing under celebrated conductors such as Karl Böhm, Nikolaus Harnoncourt, and Sir Colin Davis in opera houses all over Europe – at La Scala in Milan, for example, and at the Bayreuth and Salzburg festivals. He was attracted to percussion while still young and studied percussion instruments at the Hochschule in Munich under Peter Sadlo and Edgar Guggeis, among others. Since 1995, following positions in the Robert-Schumann-Philharmonie in Chemnitz and the Staatsorchester am Gärtnerplatz in Munich, he has found his musical home in the Orchestre Philharmonique du Luxembourg. From 2002 to 2012, in addition to his position as percussionist in the OPL, he was also artistic director of the Education Department, «login:music», and thus responsible for the OPL’s educational programme. 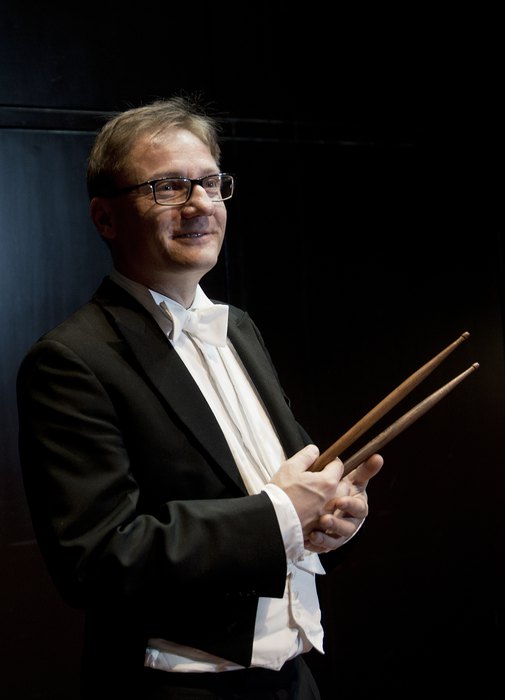