Catherine began playing the harp at the age of eight and attended the Royal College of Music Junior Department with Daphne Boden and later gained a scholarship to the Royal Academy of Music. Catherine then completed her studies at the Conservatoire National Supérieur de Musique et de Danse in Lyons with Fabrice Pierre. She is an extremely enthusiastic chamber musician and has performed across Europe and in Japan with numerous distinguished artists such as the Quatuor Debussy, Francois Le Roux, and the Lindsay Quartet. Catherine has given solo recitals at the Purcell Room, Fairfield Halls, and St Martin-in-the-Fields and in September 1997 made her BBC Prom debut in the Proms Chamber Music Series at the Victoria and Albert Museum. She has also made many chamber music recordings for the Naxos, Metier, Timpani, and Hyperion labels. Her recording of Flute Mystery by Fred Johnny Berg, with Emily Beynon, Vladimir Ashkenazy, and the Philharmonia Orchestra, was nominated for a 2010 Grammy. As a concerto soloist, Catherine has performed with the English Chamber Orchestra, the Philharmonia, the BBC National Orchestra of Wales, and the London Chamber Orchestra and as principal harp of the European Union Youth Orchestra. She has worked with many eminent conductors, including Bernard Haitink, Vladimir Ashkenazy, Carlo Maria Giulini, and Mstislav Rostropovich. In August 1999, Catherine was appointed principal harp of the Royal Danish Orchestra in Copenhagen (Det Kongelige Kapel) and in May 2000 she was awarded an honorary degree of ARAM by the Royal Academy of Music in recognition of her distinguished career in the profession. She was appointed principal harp in the Orchestre Philharmonique du Luxembourg in September 2003. In August 2008, Catherine performed with the Lucerne Festival Orchestra and Claudio Abbado, both in Lucerne and Vienna. She was recently invited to play with the Symphonieorchester des Bayerischen Rundfunks in performances and recordings with Mariss Jansons in Munich and at Carnegie Hall in New York. 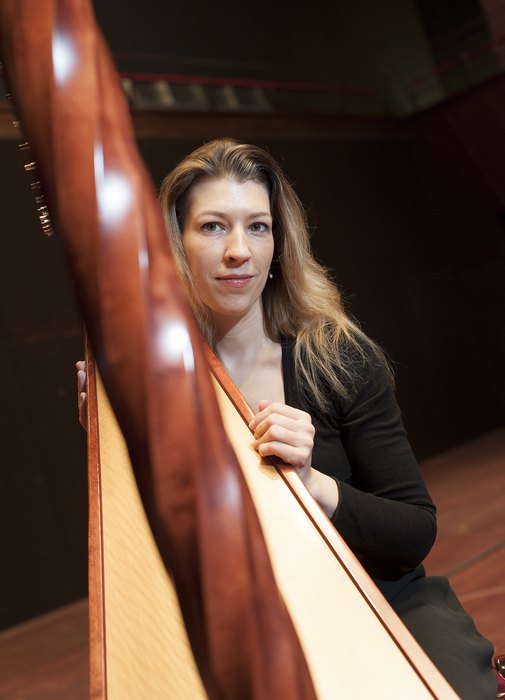